Jim raced his Sprint Car well into the 2000's but when he retired from his real-life, Jim started a new race venture into Pro Stocks on asphalt but still drove an occasional Sprint car race. However, it was short-lived when his long-time chief pit-boss (Mike) suddenly died ... he felt it was time to pack it in on racing altogether. His 50 years of racing would last him the rest of his life.

He continued to go to various automobile races, such as Turkey Night, N.A.S.C.A.R., Saugas, Perris Raceway, Sprint and Midget races, Pro-Stock etc. but now as a spectator and occasionally Jim would be asked to bring his Sprint Car to local 'Raceway Exhibits' in the 2010's'.

He continued updating his Sprint car as well keeping them running and in 'tip top shape' for shows and exhibitions at various race tracks in Southern California. He loved working on all his vehicles, race cars or not. He often said of exhibition cars that didn't run was 'a racecar that won't start is pretty, but just a big paper weight' lol, so he kept his running and looking great.

Once he retired from racing this would lead him into further 'car collecting and restorations' as a past time such as the cars listed in the 'Show Cars' pages... 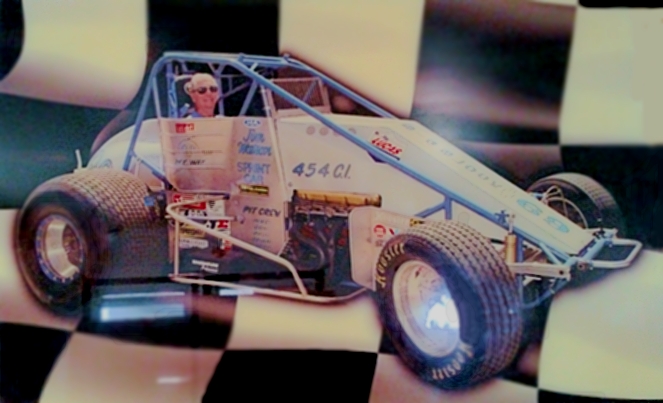 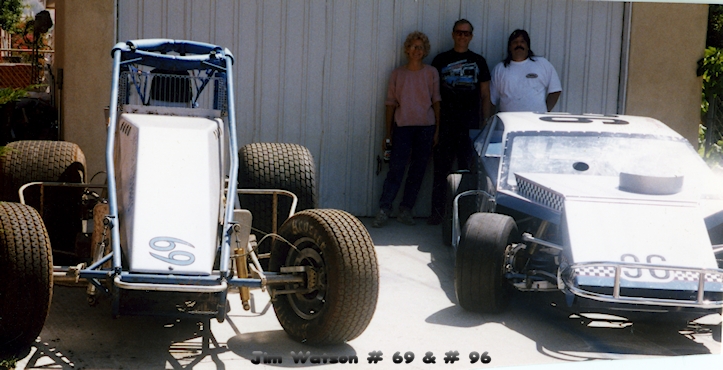